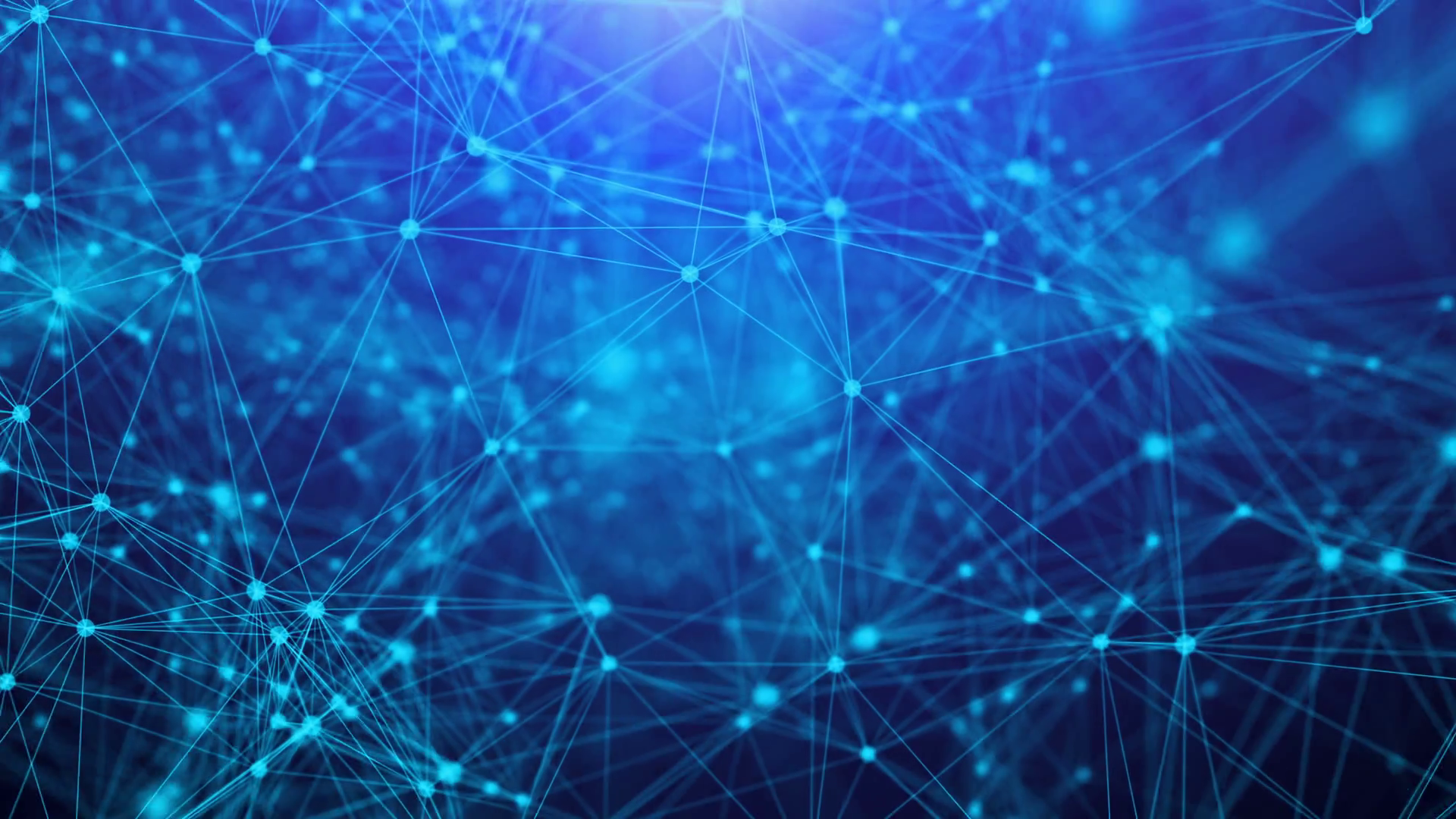 PLIMPTON 332: THE BABYLONIAN TABLET THAT HAS REVOLUTIONIZED (REALLY?) THE HISTORY OF SCIENCE

The deciphering of Plimpton 332: a Babylonian trigonometry tablet dated to approx. 1800 B.C. has revolutionized the history of mathematics and science.
We asked the anthropologist Teodoro Brescia, an expert in the traditions of the Magi and their ancient mathematics and astronomy, what he thinks. 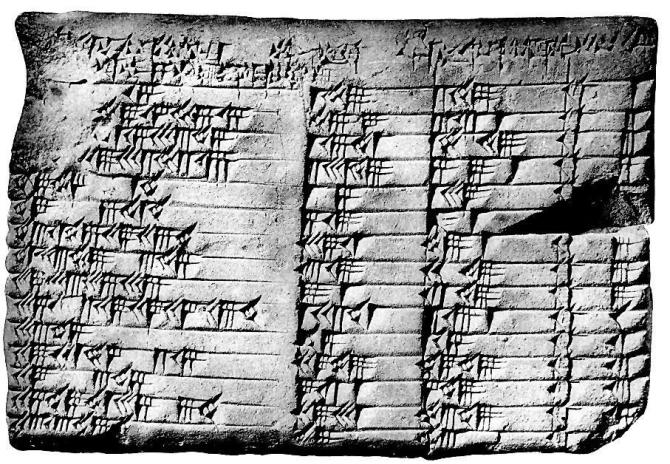 TB: “The science world has to date always upheld that the astronomer and Greek mathematician Hipparchus of Nicaea was the founder of trigonometry, that is to say the mathematics and geometry that study triangles in relation to the circle (and therefore also to the golden ratio); consequently the science world has always upheld that Hipparchus of Nicaea had also been the discoverer of the precession of the equinoxes around 130 B.C., that is connected with “trigonometry of the circle of the zodiac”. The precession is the clock of the zodiacal eras: the circle of the zodiac is in fact divided into twelve parts exactly like a clock, and each one is represented by a different zodiac sign. The Sun, like the hand of the clock, with successive Spring equinoxes, rises on the horizon of the celestial equator moving within the signs of the zodiac. The Sun completes an entire zodiac sign every 2,160 years (and therefore to complete all the twelve zodiac signs takes 25,920 years). Hipparchus of Nicaea also formulated the tropical zodiac (also called western or solar zodiac) substituting it to the sidereal (oriental) zodiac pertaining to the traditions of the Magi.
As I have upheld for many years, it is sufficient to make an elementary assumption to realize that it is impossible to uphold that trigonometry had only been discovered in the age of Hipparchus of Nicaea. In fact, the ancient traditions of the Magi have always studied astrology, which today is still concerned with geometrical figures and in particular with the so called trigons (triangles) that the planets complete within the zodiac circle. Therefore little effort is required in concluding that circles and trigons …is trigonometry. Pythagoras (585-495 B.C.) was also a Greek exponent of the traditions of the Magi and his theorem referred to triangles; furthermore, the symbol of the Pythagoreans (the five point star) incorporates the golden ratio. Aristotle in fact, wrote that Pythagoras had acquired this knowledge from the traditions of the Magi in the Middle East.
In august of this year 2017, my previous elementary assumption was confirmed, and it is fervently hoped that the science world (mathematics and astronomy in particular) finally take heed of this discovery, because it updates and sheds further light in broadening the horizons of its knowledge. 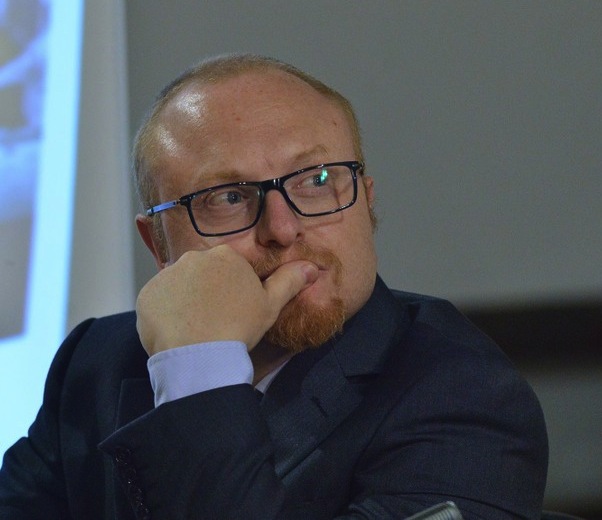 The proof itself is the discovery of Plimpton 332, a small Babylonian tablet written in cuneiform characters, by the American archaeologist and diplomat Edgar Banks in the early 1900’s in Southern Iraq (ex Babylon) and that has only just been deciphered thanks to the research done by dr. Daniel Mansfield and dr. Norman Wildberger from the Faculty of Mathematics and Statistics of the University of New South Wales – Australia. It is believed to be the oldest tablet on trigonometry ever found and was used to build temples, palaces and canals. The tablet dates to approx. 1800 B.C. (…at least 1700 years previous to Hipparchus of Nicaea), and it’s no surprise to learn that its provenance is from the Middle Eastern.
Furthermore, the two scholars claim that the trigonometry on the tablet is different and surprisingly easier than traditional trigonometry, in so much as it can revolutionize our modern trigonometry and the way it’s taught. This discovery has been published in the Historia Mathematica journal. In fact, it is now known that the Babylonians had used Pythagoras’ theorem at least a thousand years before Pythagoras had introduced it into the ancient Greek culture. To cite yet another example, in January 2016 the astrophysicist and assyriologist Mathieu Ossendrijver, of Humboldt University – Berlin, was dedicated the front cover of the prestigious Science magazine, for his discovery of no less than five similar Assyrian-Babylonian tablets, datable from 350 to 50 B.C. This proves that the Babylonians calculated the movements of Jupiter by using numerical tables and geometrical figures, thus predating modern mathematics and integral calculus, that was believed to have been  introduced in Oxford in the 14th century.
The fact that ancient civilizations have used advanced mathematics and astronomy (especially trigonometry) becomes obvious if we bear in mind the ancient traditions of the Magi. The status quo of modern science can for now continue to doubt the fact that the ancient world had the potentiality of using advanced technology (which is not altogether true). But, how could the science world doubt that brilliant minds of the caliber of Thalis, Pythagoras, Plato, etc. (to confine ourselves only to the world of Greek knowledge) have been able to develop advanced mathematical, geometrical and astronomical notions? And who were also scholars of the ancient traditions of the Magi that – as they themselves declared – were based exactly on the four columns of mathematics, geometry, music and astronomy.
The fact itself that a lot of this ancient knowledge has largely been discovered in fragments is rather obvious. In so much as this knowledge was considered to be sacred and therefore only handed down and transmitted to the elect and the initiated. That is to say only limited amounts of writing was committed to small tablets and as one would suppose, with the use of codes and utmost secrecy. Large, carved tables have been discovered in the inner chambers of the pyramids, because they were considered to be highly inaccessible places. This has been amply demonstrated when in 2014 I discovered a complete celestial map in code on the side of a carved Roman sarcophagus in Boville Ernica (Italy) dating to approx. 330 A.C. that represented one of the earliest recoded Nativity scenes with the adoration of the Magi. 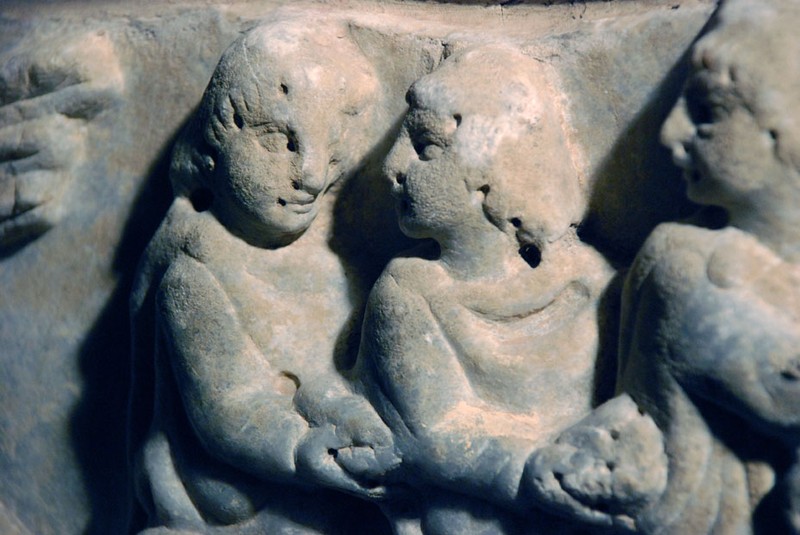 In the final analysis, considering the fact that the traditions of the Magi were connected with the search for Wisdom (a form of illuminated-intuitive knowledge), it’s quite elementary to note that we are in the presence of simplified mathematics and therefore highly brilliant. I have in fact provided ample proof of this with the discovery and publication of various formulas and theorems derived from my studies of the ancient, sacred symbols: such as the most ancient magical-mathematical square, the Chinese Luoshu (that according to legend dates back to approx. 2800 B.C.), which is a small 3x3 numbered square composed of the first nine whole naturally numbers, from which in 2014 I also discovered a simple theorem used to construct magical squares (hence numeric matrices) of any size that are super-symmetrical, that the ancient world used in both mathematics and in astronomy. Such as the five point 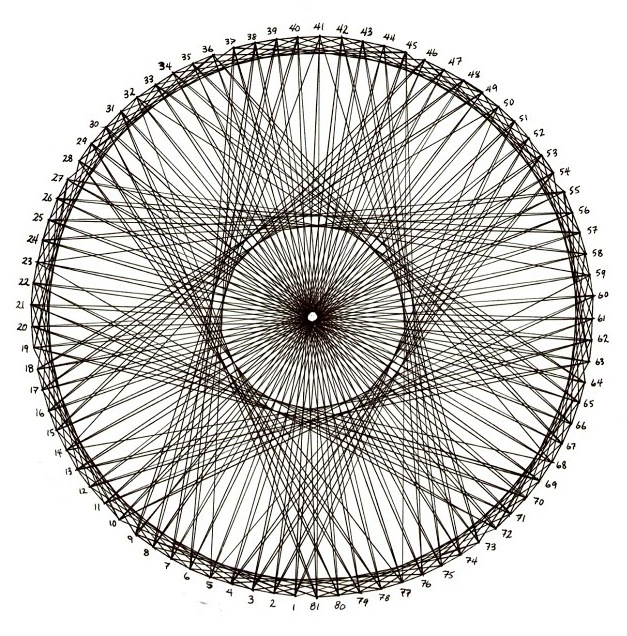 star, used by the Pythagoreans, with which in 2015 I was able to calculate a trigonometric system and instrument, by which it is easier to calculate the golden ratio without the use of the compass; a method that was surely used in the ancient world to construct temples, palaces and canals.
To conclude, if Hipparchus of Nicaea had not invented trigonometry, it is highly probable that he hasn’t either invented calculus of the precession (astronomical trigonometry). In fact, in all of the ancient religions, as in the traditions of the Magi, the sacred numbers used in the construction of temples and in the narration of religious texts are almost always multiples or submultiples of the numbers of the years that make up the phases of the precessions. Can this be only due to pure coincidence, as in the many ancient traditions, architecture and religious texts?
It is hoped that these recent discoveries are taken into account by the status quo of the scientific world, not only with regards to knowledge, but also to the methodological aspects, beginning from the paradigmatic model and the development and promotion of intuitive and methodological minds running on convergent lines”. 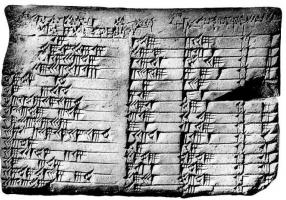 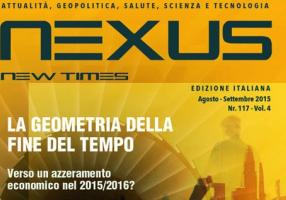 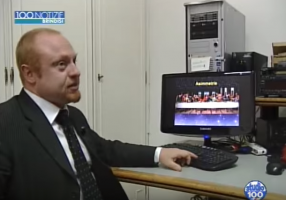 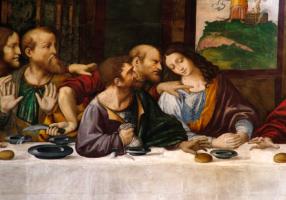 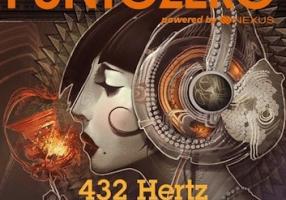